The challenge to the students was to test their passwords on Plymouth University’s online ‘Rate Your Password’ meter app which anyone can access here: Rate Your Password. They then were shown how to create better, stronger passwords. Click Read more below to find out how. 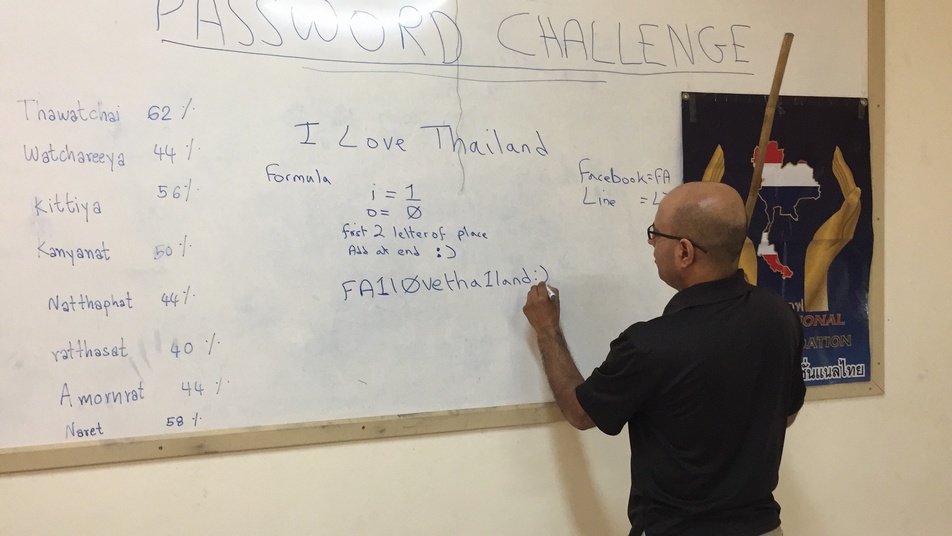 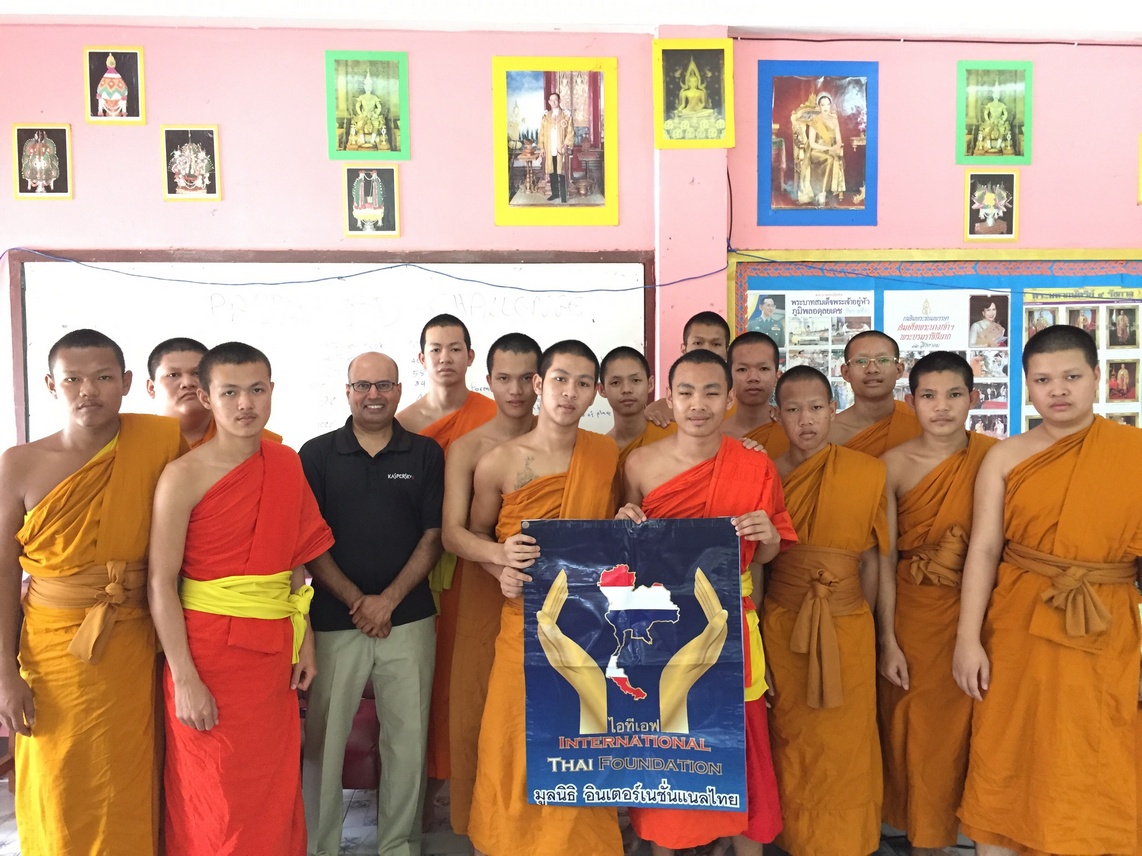 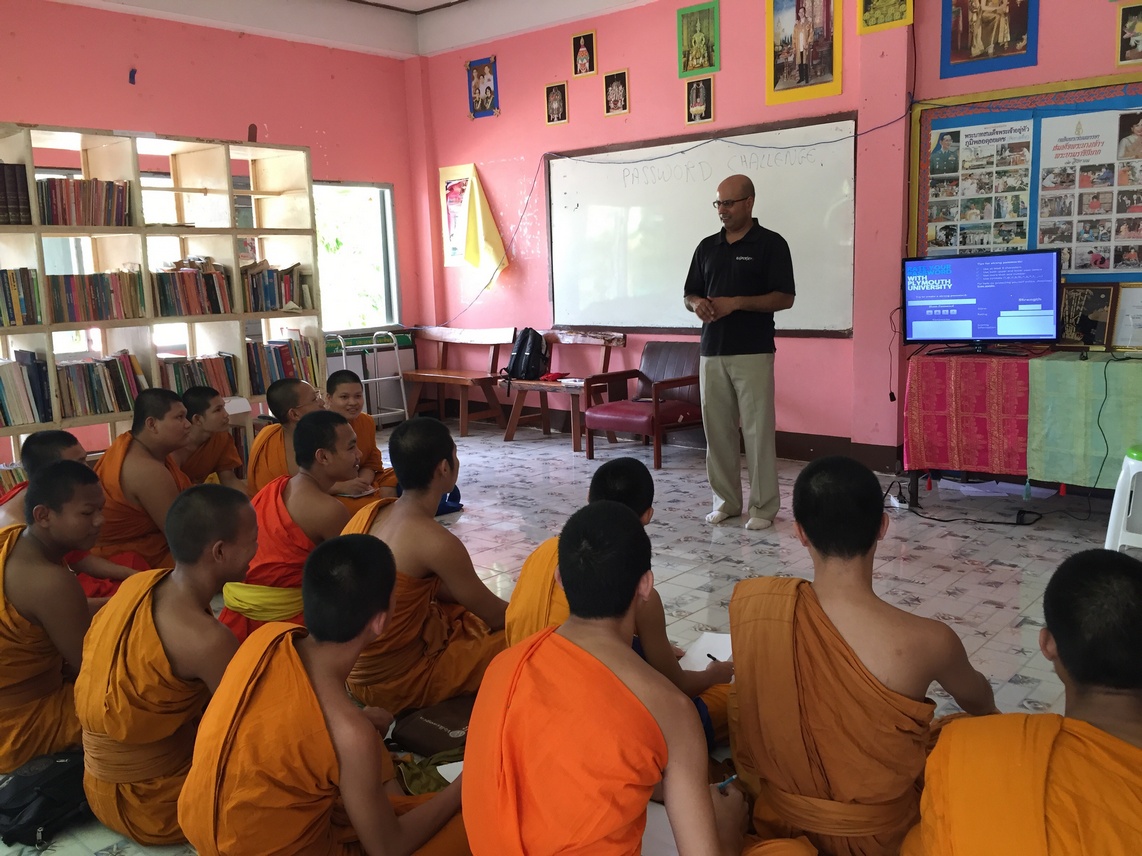 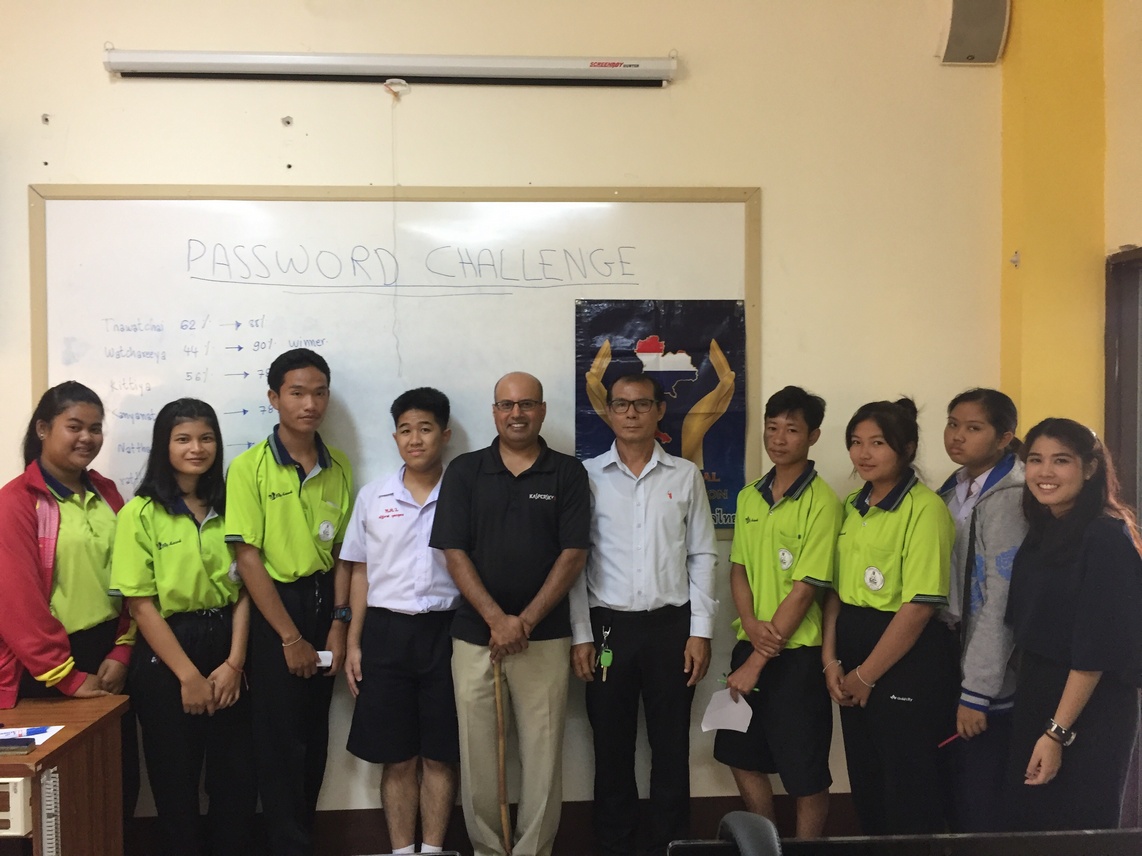 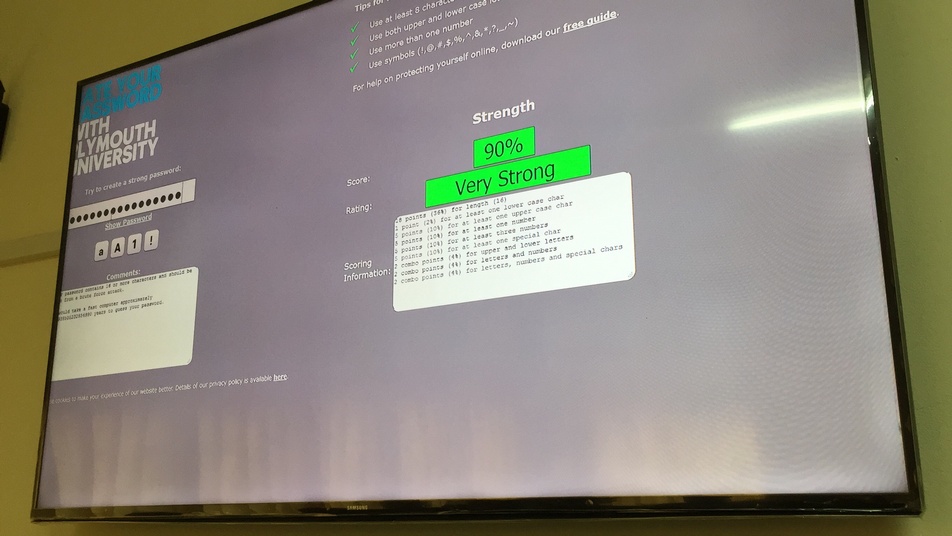 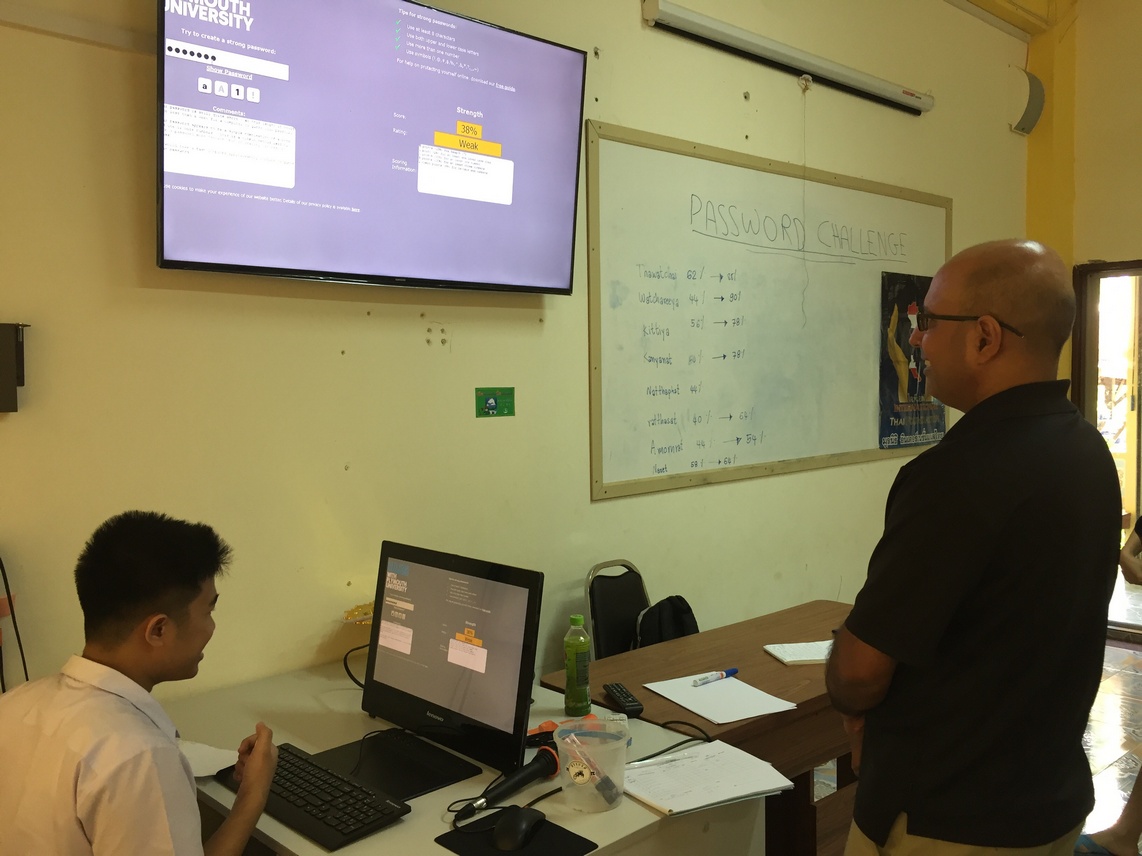 In the first round they were asked to enter an existing password that they used for email, Facebook or LINE. Most students’ passwords were rated weak or medium by the password meter. Only one student got 90% strength and a rating of very strong.

They were then given an example of how to create a strong password that was unique for every online account that required one.

Instead of using a password they were told to think of a memorable phrase that they can easily remember. The example they were given was:

Then we applied a formula:

They were then given some time to think of a passphrase and to come up with their own formula. In the second round they tested their new password. On average they had a 26 percentage point increase. 2 students even managed to get 100%.

The workshops proved very successful and showed how turning the learning into a type of game can help motivate the students. Afterwards both students and teachers carried on trying to create passwords to try and achieve the magical 100% score!